Invitation to Submit a Manuscript
Asian Journal of Physics
(ISSN 0971-3093, http://asianjournalofphysics.in) announces a special issue on

As well-known, in 1922-23 Compton, Smekal, and Brillouin, independently reported results on wavelength shifted scattering, and in 1928, Sir C. V. Raman and K. S. Krishnan announced the discovery of inelastic light scattering in the visible region, known as the Raman effect. This special issue is in recognition of outstanding achievements and contributions to Raman spectroscopy over many years by women scientists.
We invite you to submit a manuscript to this special issue. Please respond not later than August 1st, 2021, whether or not you intend to submit a manuscript.
Submission of the manuscript should be not later than October 29, 2021. Also review papers are welcome.
Refereeing of submitted manuscripts will be performed according to the normal AJP process and you are welcome to nominate up to four potentially suitable referees for your manuscript at the time of its submission. Best Paper of the issue will be given V N Rastogi Best Paper Award for US $ 100.00 Publication of the Special Issue in AJP is planned for first half of 2022.
We are looking forward to hearing from you soon with your positive intention to submit an invited manuscript for this Special Issue.

Besides select invited articles, this special issue is open for submission of contributory and review papers on (but not limited to) 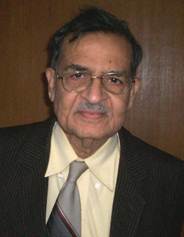 Prof. Mahendra Singh Sodha popularly known as Prof M. S. Sodha has a distinguished record of achievements in the fields of educational management, scientific research, industrial consultancy and teaching; he has the distinction of serving three universities viz. Devi Ahilya Vishwavidyalaya Indore, Lucknow University Lucknow and Barkatullah University Bhopal as Vice-Chancellor. He has also worked as Director of two self-financed engineering/management institutes. Prof. M. S. Sodha has also served Indian Institute of Technology Delhi in various capacities, including Professor, Head of Department, Dean Post Graduate Studies and Deputy Director; he was also a Member of the Board of Governors for a term.

Besides extensive research at national and international level and teaching at the undergraduate and postgraduate levels, Prof Sodha has worked as Chief of Space Physics at Republic Aviation Corporation, New York, U.S.A.; Senior Physicist at Armour Research Foundation, Chicago, USA and Visiting Scientist at the Solar Energy Research Institute, Golden Colorado, USA and Kuwait Institute of Scientific Research, Kuwait. He has also worked as Chief Technical Advisor with the World Bank/Cyprus Government and as a full-time consultant with UNESCO on Energy Planning and Conservation. He has also been a consultant to UNDP, Swedish Industrial Development Agency, Planning Commission and Solar Research Institute, U.S.A. Prof. Sodha has served the University of British Columbia, Vancouver, Canada as a PDF, Visiting Professor at Drexel University, Philadelphia, USA and Senior Research Associate at NASA, Hampton, Va, USA.

He is a recipient of several prestigious awards like S. S. Bhatnagar Award given by CSIR for Physical Sciences in 1974, ‘Pioneer in Renewable Energy’ award by World Renewable Energy Network and UNESCO in 2002 and Dr. K. S. Rao Memorial national award for lifetime achievement in renewable energy by SESI in 2004. He is one of the two first recipients of Saraswati Samman conferred by the U.P. Government. Besides being a Fellow of the Indian National Science Academy (INSA), New Delhi and the National Academy of Sciences (NASI) India, Allahabad, he has been President of the Optical Society of India, President of Plasma Society of India and Vice-President of Energy Society.

Prof. M.S. Sodha is credited with having guided 75 candidates up to successful completion of their Ph.D. programme. In addition, he has authored/edited 15 books which were published by internationally reputed publishers like Plenum, Pergamon, Springer, John Wiley, etc. Most recent one was Kinetic of Complex Plasmas (Springer series in Atomic, Optical and Plasma Physics, 2014). He has also published over 625 research papers including 14 reviews in international journals/monographs/books of repute. He is credited of having coined the term colloidal plasma for a special type of plasma. In addition, he has published 30 articles on different aspects of higher education.

The honor of Padmashri was conferred on Prof. Sodha by President of India in 2003. He has been Chief Guest at the Convocation ceremonies of Agra University and Kanpur University.

As a visionary, he has been extremely quick in identifying/realizing the importance of an emerging field and would either pursue the same or motivate a close and younger colleague to pursue the same. That is how research on guided wave optics for optical communication and Biophotonics had begun at IIT Delhi almost from its nascent days in early to mid-1970s. He was quick to realize the importance of introducing research in non-conventional energy when the oil crisis began in 1973 and took significant initiative for the establishment of the Center of Energy Studies at IIT Delhi in 1976 as a national center.

Besides select invited articles, this special issue is open for submission of contributory and review papers on (but not limited to) 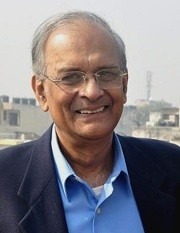 Professor Ajoy Ghatak is an eminent Indian scientist and a teacher per excellence on Optics and Photonics and celebrated former Professor of Physics at IIT Delhi, who is known all over the world for his significant research work on photonics, fiber optics and education in India and for his lucidly written outstanding books on Optics, Lasers, Quantum Mechanics and Relativity. Professor Ghatak has created a legacy of pride for the country and is commended as “one of the most eminent scientists in Optics and Photonics in general of all times in India”. Professor Ghatak was born on November 9, 1939 at Lucknow. He received his MSc from Delhi University and PhD from Cornell University USA. After a short stint as a Research Associate at the Brookhaven National Laboratory, USA, Professor Ghatak joined the Indian Institute of Technology, Delhi in 1966, where he remained a full Professor of Physics since 1973 till his retirement. Professor Ghatak has more than 170 research papers to his credit in various International journals and more than 20 books.

His book on Optics (translated into Chinese and Russian also) is very extensively used all over as a text in undergraduate teaching and in addition one on Fiber Optics, and another on Optical Electronics, and one on Quantum Mechanics are also very widely used for senior UG and PG courses as texts in these subjects. His research contributions have been recognized through his induction as a Fellow of OSA The Optical society, SPIE, NASI, OSI, and numerous international and national prestigious awards like SSB award of CSIR, Galileo Galilei award of ICO, EHB Medal of OSA, SPIE Educator award and MN Saha award of UGC. As a current M N Saha Chair Professor of INSA he continues to contribute tirelessly and significantly to the progress and dissemination of knowledge in Optics, Photonics, and Quantum Physics. Even at his late-70 age, he can be seen frequently travelling to various colleges, institutions far-and-wide across the country to deliver tutorial level talks and also to disseminate knowledge on contributions made by Indian Scientists to motivate generation X students to take up teaching and research as a profession. He has published several popular science level books on Albert Einstein based on his personal research on Einstein’s monumental and iconic research. One of Prof Ghatak’s seminal contributions in Guided Wave Optics has been his analysis and work on the physics of leaky modes in optical waveguides in a single-authored paper that had appeared in the Springer journal: Optics and Quantum Electronics in its September 1985 issue. This work eventually led to development of a Matrix method (IEEE J. Lightwave Tech. May 1987) for treating optical waveguides (and also optical fibers), which became an extremely powerful research tool for designing a variety of guided wave components and specialty optical fibers. This method found extensive use by others researchers including Prof Ghatak himself in numerous international journal publications on optical waveguide and fiber designs for realization of components thereof including quantum well devices. 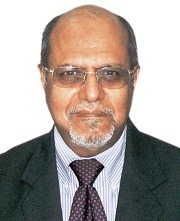 Photonics is the physical science of light generation, detection, and manipulation with vast applications in all areas of everyday life. Also the field of optics and photonics offers new approaches to enrich our liyes. This special issue of Asian J Physics will focus on the latest trends in optics and photonics research. The primary aim of this issue is to provide a platform for experts and researchers from all over the world to disseminate and highlight their novel contributions in the field of optics and photonics. Both innovative techniques and literature survey are warmly welcome for submission. More specifically, research in areas such as light detection, information processing, photonic computing, telecommunications, holography, nonlinear and quantum optics are also welcome.

Topics of Interest
The suggested topics include, but not limited to:

Manuscripts must be submitted in MS Word or in INDESIGN (There is no limit of number of pages) to :


Asian Journal of Physics (ISSN 0971-3093) Vol 26, Nos 3-4, April-May 2017 will be an Special issue on
Trends in Image Processing and Machine Learning
Edited by
Sidike Paheding

Overview:
Recent developments in Image Processing and Machine Learning (IPML) have conveyed many advanced technologies that have been benefiting our daily lives. For instance, IPML have been successfully applied to communication systems, medical diagnosis, speech recognition, remote sensing and brain-machine interfaces.

With the advent of big data era, image processing as well as machine learning approaches become essential tools to effectively and efficiently analyze such large volume of complex data. Although significant progress has been achieved in both fundamental and application aspects, there are still many challenges, open questions and future research directions with very attractive perceptions.

The primary objective of this special issue is to advance development in IPML, and to address the related State-of-the-Art techniques in the form of mathematical, architectural and experimental aspects.

Topics of Interest:
The suggested topics include, but are not limited to:

Submission Guideline:
This special issue serves as a forum for researchers, industry professionals and academics to present their recent works in image processing and machine learning. Both innovative techniques and literature survey are warmly welcome for submission. It is strict rule that all submitted manuscripts must not have been published in elsewhere and are not currently in review by other journals or conferences.

All submissions are subject to the AJP reviewing procedures. Perspective authors, who submit manuscripts to this special issue, are encouraged to volunteer as reviewers for the peer-review process.
For preparing manuscript, the authors should follow the Author Guide of AJP at http://asianjournalofphysics.in/instructions
The papers may be submitted directly on [email protected]/[email protected]