The year 2014  has ended and the dawn of 2015 has given knock at all doors. I take this opportunity to send you and your family members my best wishes for happiness, pleasure, peace, joys and success for your works in the new year.
It is a matter of great pleasure that the year 2015 has been declared as The International year of Light. In this regard it is apt to quote Dr. Ahmed Zewail, Linus Pauling Chair, Professor of Chemistry and Professor of Physics; Director, Physical Biology Center for Ultrafast Science & Technology, California Institute of Technology, USA
“Civilization would not exist without light—light from our sun and light from the focused and coherent lasers that have now become an important part of our daily lives; from scanning packages at supermarkets, to eye surgery, and to IT communications across oceans. The International Year of Light will surely raise awareness of these powerful discoveries and their present wide-ranging, light-based technologies, which are significant contributors to the world market. As importantly, the International Year of Light will inspire future discoveries and applications for one of the most important elements of our existence: light.”
Asian Journal of Physics (AJP) has completed 23 volumes of its existence from the time since the first issue was launched with the opening paper by famous Raman Spectroscopist Prof Wolfgang Kiefer, University of Wurzburg, Germany. It has been possible because of enthusiastic response from the scientists of different parts of the globe. AJP is serving with its humble efforts along with its purpose of publishing and spreading new results of physics and applied topics. A very large number of reputed workers of international fame have supported this journal of scientific research by their regular contributions. This is apparent from many special issues on specific topics being published from time to time.
We began with publishing four issues per volume in 1992, however, since  Vol 23 (2014)  we have been publishing  6 issues per volume. Vol 23, Nos 1 & 2  was  guest edited by Prof Virginia Trimble (USA) on History of Physics & Astronomy. The third issue  edited jointly by Prof Joseph Shamir (Israel) and Prof    V K Rastogi (India) was dedicated  to Prof  Kehar Singh, one of the founding members of Editorial board and a regular contributor of AJP. The fourth issue of  the year 2014 was released in honour and recognition of  a distinguished  scientist Dr A. K. Gupta, IRDE Dehradun. India. The fifth issue of this volume was edited by Prof Ekaterina Michonova-Alexova on New Horizons for Physics: Bridging the Gap between Physics and Biomedical Sciences. The last issue of this volume  was in honour and    recognition of a very old friend of mine Prof S Mohan  and guest edited by his student Arjunan.

In order to expedite the publications and to extend coverage of several important areas, we have included a few more names in the editorial board of AJP. On behalf of the Editorial Board, I wish them all a warm welcome. 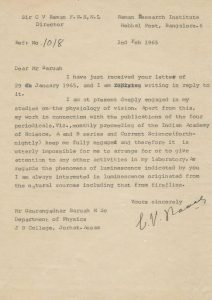 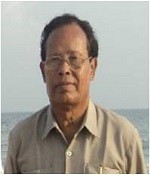 It gives me great pleasure in writing few words in honour of my great friend Professor Dr. Gaurangadhar Baruah. Dr. Baruah was born on 1st March 1942, obtained B.Sc. degree from Cotton College in 1962,  M.Sc. degree from Guwahati University in 1964, and Ph.D. from Banaras Hindu University in 1969. After his Ph.D. he was devoted his life for the advancement of science especially in the north eastern region of India. He served as Professor and Head of the Department of Physics of the Dibrugarh University. He has more than 35 years of teaching and research experience and has more than 300 research publications in the field of molecular Spectroscopy, Semi-classical and Quantum Theory of Lasers, X-ray laser and Quantum Optics. Under his expert and able guidance thirty students obtained Ph.D. degree and twenty seven students obtained M.Phil. Degree. He was the sectional President of physics at the 85th sessions of Indian Science Congress at Hyderabad and recorder of physics section of Indian Science Congress Association during 95-96. 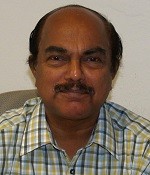 He has delivered many invited talks in National and International conferences and he is a vibrant orator when the subject of optics and spectroscopy arises. He is a life member of Indian Science Congress Association, Indian Laser Association, Indian Bio Physical Society, Laser and Spectroscopy Society of India. He is an elected fellow of Laser and Spectroscopic Society of India and consulting editor of American Biographical Society. He received INCONS award in 2005. He has written many books: Essentials of Laser and Non Linear Optics ( Third Edition,2009, Pragati Prakashan), Advanched Laser and Non Linear Optics PH-602   (For University Center for Distance Learning Department of Computer Science and Learning, Chaudhory Devi Lal University, Sirsa, Haryana. 2007) and Essentials of Quantum Optics (in press). His book Lasers and Nonlinear Optics published by Pragati Prakshan is a widely read book by students of lasers.

The International year of Light

On the methods of measurement of radius of curvature and focal length.pdf