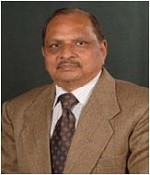 It gives me immense pleasure to write the forward for the special issue of Asian Journal of Physics on “Infrared and Terahertz” (Vol 24, No 3, 2015). Infrared has been an area of immense applications both in civil and defence. This region of electromagnetic spectrum, which can be divided into three main parts, viz. short wave IR, mid wave IR and long wave IR, have many potential applications in imaging the distant objects during day and night though fog, smoke, dust etc. The development of thermal imaging systems employing IR region have been growing exponential during last two decades or so. The main attention has been paid to the development of more and more sensitive detectors in terms of minimum temperature difference it can detect, higher important temperature, reducing the pixel size, increasing the array format etc. This regime of spectrum, however, cannot penetrate the packing materials, clothing etc. This spectral region have been exploited for day and night surveillance, targeting and security applications.

Terahertz that is known to extend from 0.1 to 10 THz in the electromagnetic spectrum is now known to have many peculiar properties, which leads to potential applications in all the parts of the science & technology. These waves can penetrate through a large spectrum of packing material thus capability to reveal hidden objects. Many explosives and drugs have characteristic spectra in this regime and hence can be used for detection of explosives and illegal drugs. It has much lower energy as compared to X-rays and therefore can enable security to scan even the human body. These waves can also be used to compliment the X-ray imaging and in fact, fusion of THz imaging can be done with other imaging techniques. This part of the electromagnetic spectrum has been undeveloped so far due to the lack of sources and detectors. At present, research is concentrated on development of THz sources, detectors and imaging techniques. Many advances has been taking place in the field of THz for last one decade of so. Several applications have already been demonstrated leading to a few commercial products available in the market.

I am delighted to learn that Dr. S. S. Negi is editing this issue on Infrared and Terahertz. Dr. Negi has obtained in M.Tech in Applied Optics in 1979 from IIT Delhi and Ph.D. in semiconductor devices from HNB Garhwal University in the year 2000.  He has been serving in DRDO for the last 35 years and has acquired wide experience in the design and development of thermal imaging and laser instruments for defence applications. He has been a pioneer in the Thermal Imaging Technology in India and due his commitments and dedicated efforts, DRDO has been able to deliver many thermal imaging systems to the armed forces.

Presently, Dr. Negi is the Director of Instruments R & D Establishment Dehradun, which is a premier laboratory of DRDO working on Electro-Optical systems for land, aerial and naval platforms. Recently, IRDE has also started working on THz science & Technology under his dynamic leadership. I would like to congratulate him and wish him great success as a guest editor and in his all future endeavors.

I would like to express my words of appreciation to Prof. Vinod Kumar Rastogi, Editor-in-Chief of Asian Journal of Physics for his keen interest in bringing out this issue in these niche areas of photonics and electro-optics. It is indeed a pleasure to see him working tirelessly for spreading the knowledge about frontiers areas of physics in diversified areas for the benefit of the scientific community. Prof. Rastogi has published many issues in the area of optics and photonics. His efforts in bringing this issue is very timely as the world is celebrating year 2015 as the International Year of Light (IYL).

Dr. Nimish Dixit, a senior scientist in DRDO, has obtained his Ph.D. from IIT Bombay in year 2004. Since then has been engaged in the research on nonlinear frequency conversion sources and THz imaging at Instruments R & D Establishment, Dehradun. I wish him great success in all his future aspirations.